Welcome back to the new school year! Here at Michigan State, we’re making our way into the third week of the term and I’m trying to learn the names of my students. It promises to be a good semester, but there is also a sad absence. Regular readers of the blog might remember my post from last November where I reflected on the passing of a dear colleague and friend, David Bailey. This fall, I still find myself looking to see if his office door is open when I’m walking down the hall, still doing a double take when I see someone who looks like him crossing the street. I’ve been thinking about David a lot over the summer while I’ve been running. That is because this Sunday, I’ll be running a half-marathon along with over fifteen colleagues, friends, and students*, in his honor to raise money for the David Bailey Memorial Scholarship Fund. 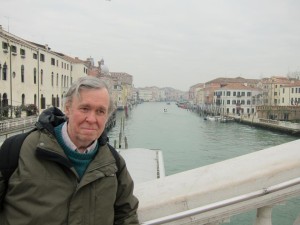 The Run for the Fund is our way of thanking David for all that he gave our community, and for passing it along to generations of Michigan history students to come. As I wrote about last year, David was not only a gifted intellectual, he was a deeply caring teacher. In his memory, his family has established a scholarship fund to support Michigan history students coming from disadvantaged backgrounds. If the fund reaches our goal of $50k, it will become endowed and will serve our students permanently. As Kevin so beautifully wrote on the blog yesterday, a history education provides key lessons in empathy that are necessary for our world. Were he still with us, I would have forwarded that post along to David, and looked forward to our discussion. He believed that ideas mattered, that students mattered, and that having underrepresented voices present at the table was essential. I can think of no better way to honor his memory than through this scholarship.

And that is why I trained for a half-marathon in the miserable humidity and heat that was this August. Some are running a 5k and others far braver than myself are running the full marathon. All of us will be thinking of David and our students when we cross that finish line.

Ben has generously allowed me to re-post my memories of David from last year below. If you are so inclined to help us honor David’s legacy of teaching, you can make a donation to the Run for the Fund here. Thank you.

*Yes! Students are running, too!

Please consider supporting the Run for the Fund. And cross your fingers for mild temperatures, low humidity, and blue skies on the 18th!