We are pleased to present this guest post from Christopher Bishop on his experience as a first-year community college instructor. 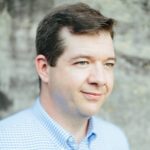 When I was in college, content was king in history courses, even in general education courses. We listened to lectures, took notes, read four books a semester, and took bluebook exams that required so much writing our hands hurt for hours afterwards. Missing small details made a difference. I still remember losing points for not mentioning that Frederick the Great introduced the iron ramrod to the Prussian Army.

And I loved it. My professors were talented lecturers who also taught me how to write and conduct primary research. I never considered history instruction any other way.

In my Ph. D. program, I was often a teaching assistant in sections of 250 students which did not include discussions sessions. In this setting, faculty had to rely on lecture. They were phenomenal and I watched freshmen, frantically scribbling notes, just as I had done.

Like the professors I admired, I focused on lectures when I became an instructor. I found an immediate comfort level. My students asked questions and were interested in what I had to say. I got positive feedback from my students and colleagues. It was everything I loved about being a history student, only now I was the professor.

As a student and a teacher, all I knew was content. It worked because my students were prepared for this kind of instruction.

Then I graduated, got married, and moved to Birmingham. Like others on the job market, I became an adjunct professor at a community college. Birmingham is a great city but suffers from its troubled past. The city is plagued by segregation. Students who attend high school within the city limits are at a marked disadvantage to those from affluent suburbs like Vestavia Hills, Homewood, and Mountain Brook.

I had no idea what to expect, but teaching had never been a struggle for me. I had no way to know what it would mean to teach students who had been pushed through a public-school system with an uneven track record.

Not only did these students not take notes furiously, they didn’t stay awake.

Some days were devastating, but I had moments of clarity. An early one came after putting my students to sleep blathering on about the role of middle class in the Progressive Era (content…content….content…And add to this the fact that my dissertation was on the middle class). On the drive home, I asked myself how was knowing any of this going to help students who would kill for a job that pays $12 an hour?

Another turning point came when I taught on the Spanish-American War. I wanted to frame the war around issues of masculinity but knew that if I focused on content, I’d start talking, and the next thing I know, class time would be over. Instead, I stripped content down to a five-minute description of the war’s causes. Then I asked the class, “What is gender?” For students who were generally reserved, we had a lively discussion. Then I distributed political cartoons that depicted McKinley as a weak old lady and Teddy Roosevelt as the epitome of American virility. When class was over, I doubt if my students could really tell me what caused the war in a textbook sense, but they could engage with gender as an engine of historical change.

I saw boundless potential and thought about what my students needed and how I could practically address these issues. I read their papers. I looked over their tests when I got ready for spring.

My first lesson centered on a letter Columbus wrote to Ferdinand and Isabella. I provided enough context so that the letter made sense. We deconstructed everything in the source over the course of about twenty minutes and I asked pointed questions and to push them to consider how the intended audience and the context shaped every word. But I didn’t really care if they knew anything exploration.

I then instructed everybody to write a thesis statement describing Columbus’ reputation, which they supported with two pieces of evidence. This was the goal of class time. They nailed it.

The nuances of exploration and the Columbian Exchange were not clear, but my students left class with a practical skill they can add to their toolkit in other classes.

I assign multiple papers a semester based on a pair of primary documents with opposing viewpoints. I demand that they take a side. The first paper paired John Eliot’s pamphlet seeking funds for praying towns with Mary Rowlandson’s captivity narrative written after King Philip’s War.

I spent an entire week in class on these documents. To be clear, my students had great difficulty reading seventeenth-century sources, but it was rewarding when my students walked out of class understanding something that seemed utterly foreign the day before. I’ve worked with them some on how to take notes on reading, even though this is a work in progress. (Speaking of notes, I’ve included notes as a graded component and I’ve seen improvement with a number of students.)

To be honest, the students were less interested in Eliot than Rowlandson, but they all thought her account was reliable. Then we spent thirty minutes poking holes in her story, questioning her motives, and unpacking her biases. We enjoyed picking apart her more dubious claims. When students who’ve never been taught to really question materials do it for the first time, they find that they enjoy history more than they thought they did.

Rowlandson and Eliot displayed a sense of cultural superiority toward Native Americans, and I asked which of the two displayed the most. In class, each student provided me with four ways that the authors believed the English were superior to the Indians. Then I pivoted and said, for your paper write a thesis with a clear statement about which author you think displayed the most cultural superiority, but now you have four arguments you can work into paragraphs to back up your thesis. Suddenly the daunting task of three pages seemed doable.

It would be a stretch to say that the papers met all my expectations. The grammar was bad, and they had the interesting habit of simply referring to them as John and Mary. We need to work more on thesis statements.

But the evidence was clear.  I saw students grappling with complicated issues in a way they never would have in a lecture-based format. They were making arguments. They were thinking critically.

My next set of activities will ask students to use context to scrutinize a source. I assigned them Jefferson’s response to the proposed national bank (railing against the idea of implied powers in the Constitution) but then discuss his actions during the Louisiana Purchase.

I did not teach the process of colonization. I never mentioned the Great Awakening or George Whitefield (and I’m a specialist in religion to boot). I covered the whole of the Revolutionary War in less than five minutes. I stepped right over the War of 1812.

But if my students are able to communicate clearly, take good notes, think critically, and make a strong argument I will consider the semester a success. And hopefully it will matter to them after they leave my classroom.