Visiting one of the museums here in Bergen, I walked through the rooms of Edvard Munch’s work, stopping in front of Ungdom (Youth). Ungdom is a large portrait of a boy with a multicolored background behind him that looks, in many ways, like waves. As I stared at the portrait, I walked closer and peered at the background near the boy’s right arm and then at his face, a face hidden, ultimately, in shadows and indistinguishable features. Standing there, I became enthralled by the paint rising from the image, the paint that Munch applied on the canvas to create Ungdom. Seeing Munch’s brush strokes created, 110 years after Munch painted Ungdom, a connection stretching across the temporal fabric of time between the artist and myself.

The thoughts I had while gazing at Munch’s handiwork were in no ways new. Whenever and wherever I travel I think about the people who have come before me. The things they saw. The things they did. The lives they lived. These same thoughts arose as I looked at Johan Christian Dahl’s paintings of Bergen from the mid-1800s (below). He lived and worked in the area where I live, painting the city and the surrounding area from various perspectives. While serving as a visual representation of Bergen during the period, the images also serve as a bridge, connecting us with Bergen’s past. 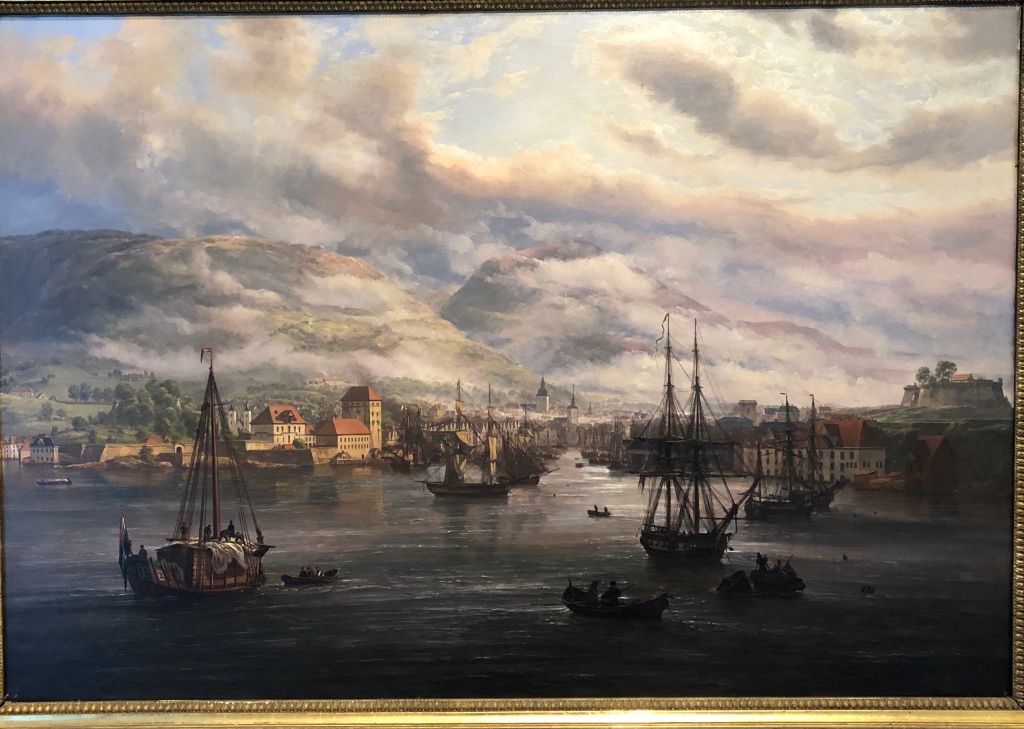 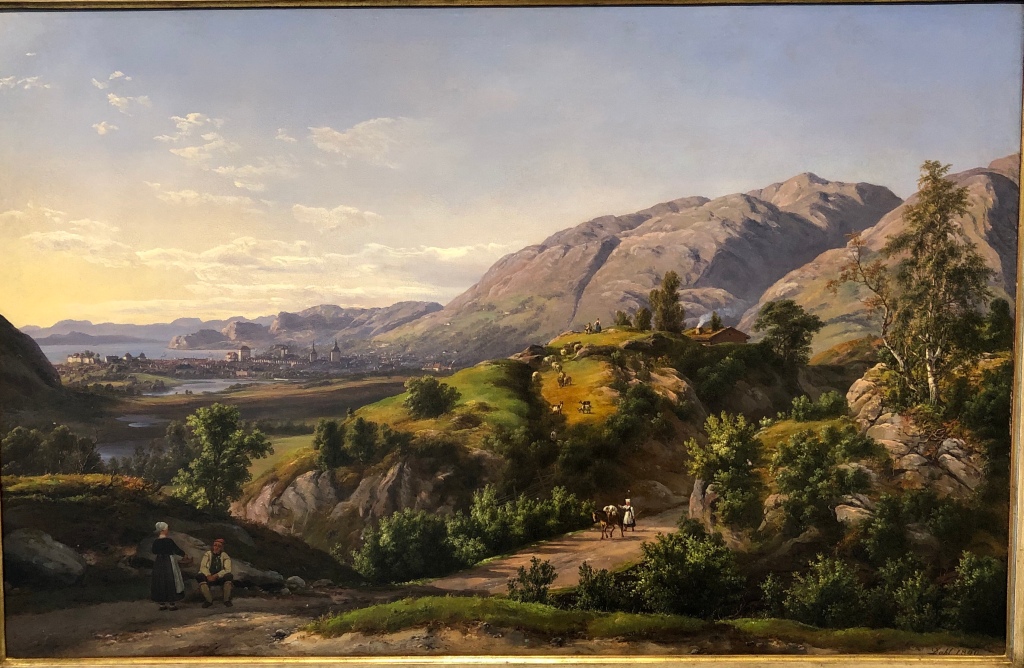 Monuments exist for Müller and other Jews murdered during the Holocaust. Nothing exists referencing Møhlen’s involvement in the transatlantic slave trade. Both lived in the same area, at different times, and both had, in their deaths, an impact on the city’s formation. Walking to work every day, I am connected to both Müller and Møhlen by the mere fact that they trod the same paths that I did. They exist underneath my feet and in the air. Yet, they are only two people out of millions of others who have, throughout the centuries, lived and died in the same area.

Every time I visited Mt. Zion Cemetery in Oscar, Louisiana, I thought about those who had walked the ground where I walked. I did this because Ernest Gaines made it a point to reclaim the voices of those buried there and to preserve their memory. If I had just driven by that spot, without knowing anything about it, I would not have even pondered the lives of those who worked in bondage in the fields on either side of the road, but Gaines made me think about them. He made me remember them.

The reclamation of voices and lives, like those buried in Mt. Zion Cemetery and the life of Oscar Müller are our jobs. It’s our duty to tell their stories for those who still live because if we don’t then names such as Møhlenpris or even  Jacques Télesphore Roman who oversaw the construction of Oak Alley Plantation will dominate the narrative, subsuming the voices of those who could not and can no longer speak for themselves.

Why does it matter? Simply put, it matters because we are forever connected to those who came before, those who exist now, and those who will exist after we perish. Flying always brings this into perspective. High above the ground, I gaze down at the earth below, dotted with villages, towns, and cities. Cars race to and fro on the paved roads and boats sail on the glassy water. Each of those spaces contains individuals whose lives, voices, and existence matters. Multiply that by the countless others who have come before and who will follow, and you will see that the stories become, in a way, infinite.

I’m not a historian; I am a literary scholar. However, history and literature are inextricably linked to one another so I cannot study literature unless I also study history. My job, in studying literature and history is not to relay any set of facts and historic deeds. Rather, it is to challenge prevailing narratives around the past that serve to oppress individuals. Matthew Gabriele sums this up pretty well in a recent piece for Forbes. He writes, “Historians] don’t preserve memory. In fact, they’re the opposite. They work to challenge memory.” This idea sums up this post better than I ever could.