We teach about schools, teaching, and education. Whether discussing the New England Primer, the rise of public schools, school segregation litigation in Boston, the rise of colleges, Brown v. the Board of Education, prayer in school, or school shootings like the Kent State massacre, our history classes bring us to the realm of education. 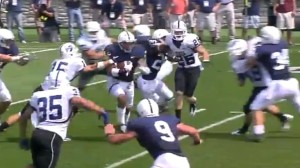 And, we teach actual students who live out actual problems. Penn State has had and is having one of those moments. The Sandusky/Paterno scandal may get into some books, although probably not textbooks. But when I read the response of some football players and their vow to stick together, my heart went out to them (my heart just cries for the assaulted of the past and present). The student-athletes have been brought into the media whirlwind that they did not make. They were boys too not long ago (and perhaps some of them experienced or feared sexual mistreatment at one time or another). Some responses, like, this one seem to indicate an anger that they do not know where to place: “This program was not built by one man and this program sure as hell is not going to get torn down by one man.” 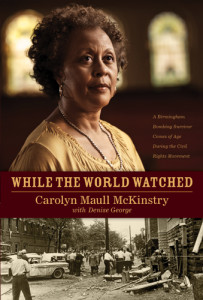 My hope is that PSU has mobilized health care professionals, therapist, and others to be available to these young men. I hope their parents and professors, friends and families, will reach out to them to see that what is at stake is much bigger than the gridiron or the NFL. Some of these young men may be fathers themselves now or one day; they may be uncles and cousins; they already are sons and grandsons. All involved need help right now … the kind of help historians can point out are necessary. Let’s not forget what children went through during the Civil Rights crusades and how traumatic it was for them to bear the burdens of generations of exploitation. Carolyn McKinstry was a young woman at Sixteenth Street Baptist Church in Birmingham when white terrorists killed four little girls there. Her later battle with alcohol seems, in part, an example of survivors’ guilt.