Starting the US history survey feels a little like poor Phil Connor’s life, since I teach it every single semester. Except I’m never quite getting it right, so I try it again a little differently each time. There’s a certain sameness to the first day of class, of course – meeting new students who all look kind of generic until I learn their names and personalities; handing out syllabi; going through basically the same opening lecture. This term I think the deja vu will be more pronounced since I am teaching two sections back to back in the same classroom. Here was what I did on Groundhog Day 1 this term. Hopefully it wasn’t like the day Phil dropped the toaster in the bathtub.

My usual opener used to be students filling out an index card with information about themselves. But I never really did anything with those after the first week, so I dispensed with it this time. In a few past semesters I have taken photos of my students with their index-card names held up across their fronts like booking numbers, but there’s kind of a creepy treehouse factor there, even though it does help me learn names faster. This year I made a map of the classroom and filled it out with their names (since, I swear, no one ever changes seats after the first class) along with asking them to give me a unique historical person or event so I’d have something I can connect them to in my mind. (See? Mental models, already). We got a lot of dead presidents but also some with imagination – Sacagawea, Edgar Allen Poe, the invention of the wheel, the Hundred Years War, King Louis XVI and of course Sam Adams (why’s he so popular with college students anyway?).

My intro lecture has a couple of examples of how “history” gets used in popular parlance and broadcast media, and we pick them apart for what “history” means in each of these situations.

and my personal pet peeve

Then we talked about some of the ways, in contrast, that the professionals use the word “history” – that history is not THE PAST, but rather an argument about the past, and that’s why it’s so darn exciting, because it is always changing. 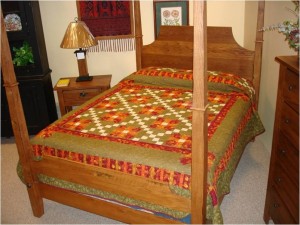 but the new model is “uncoverage” – 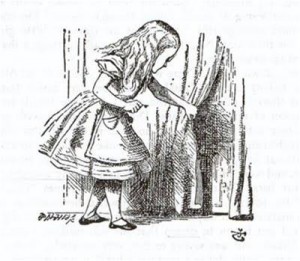 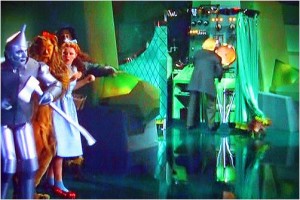 My guiding metaphor is the Pompidou Center in Paris (which I’ve never actually seen in person) because its architect (Richard Rogers) shocked Parisian aesthetic sensibilities in the 1970s by putting the “guts” of the building on the outside to make, as he explained, the building “legible.” 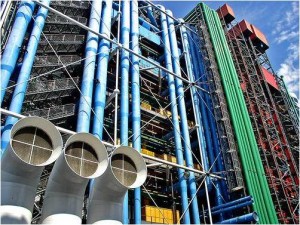 And that’s what I’m trying to do with history in the survey course. I want my students to be up there behind the curtain where the wizard was hiding, doing their own tinkering with his knobs and dials, seeing how things are made & doing it themselves.

As an activity to kick off this approach, I had students gather themselves into groups of 5 and gave each group an envelope with two of the same document inside (see here for a list of the materials and where I got them). Each member of the group was supposed to assume a role as they explored and puzzled over the contents of the envelope:

Some of our technowhizzes were on smartphones, some on iPads, some on laptops. This exercise got lots of discussion and I heard a lot of give and take in the groups as they guessed, questioned, and went back and forth between the documents and online information. Even though this was only about 15 minutes of the class time, it was a rich experience that I think we can go back to in the first couple of weeks to talk about primary sources, bias, sourcing and reliability, and how “the pros” approach new evidence. Very useful! I liked this exercise much better than my old one, which was to give everyone an event and have them line up in a human timeline, having to crowdsource the chronological order. This one made them the experts rather than me, and anyway my room is too tightly packed to get up and move around this semester.

I ended up just out of time or I would have shown my go-to intro-to-Reconstruction, a little History channel film clip that establishes a standard top-down narrative for the era, but I’ll open with it in our next class instead. The only real glitch in the day was that we all realized the bookstore has managed to bundle the current documents reader with the PREVIOUS edition, not the new one, of our textbook, so it looks like I have a mix of editions among my students, to my dismay. Oh well – if it was all perfect, I wouldn’t be able to do it again…