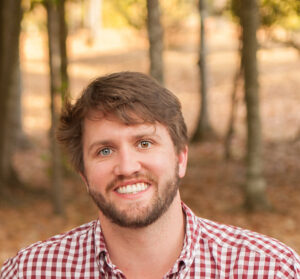 I am teaching the first half of the American History survey at Rice University this fall. The course’s only parameters are that it must cover North America, 1500–1848. Meaning, I had leeway to focus the course on just about any aspect of American history that I wanted to in that time frame. As teachers of the American History survey know—whether it ends in 1848, 1860, 1865, or 1877—the United States did not exist for the majority of the time period our courses cover. Therefore, I decided to teach the course as the history of Early Native North America, 1500–1848.

In these blogposts, I want to share the challenges and questions I wrestled with in developing a new course that centered Native American and Indigenous perspectives. I will discuss how and why I designed the course this way, and the difficulties of planning a course in a dual online and in-person format during a pandemic. I have an ongoing thread on my twitter feed @MillerSWright that details the day to day readings and assignments for the course if you would like to follow along.

Needless to say, it is impossible to cover the diverse array of Native peoples and perspectives over 348 years and across a continent in a single course. With that in mind, and with some advice from colleagues, I decided to focus the course on one big question: what does the History of Native Americans teach us about the history of Early America and the United States? This allows us to use a loose chronological narrative of the United States that may be more familiar for students, but also provides room to move liberally across space and time. Colonialism and the creation of the United States serve as a parallel timeline to help us stay focused, but with the direct decision not to center that narrative.

Additionally, focusing the course around what Native American history teaches us about early America and the United States allows us to challenge narratives of Native erasure and declension. Native Americans and Indigenous peoples exist as both sovereign nations and very real political actors. They are not objects who serve as a background to the creation and expansion of the United States but integral parts in its foundation and history. Native erasure designates Native Americans and Indigenous peoples as subjects of the past, not people who continue to live with the ongoing realities and inequities of colonialism. Too often narratives of U.S. history further erase Native peoples by rendering them invisible in our nation’s histories. As Amy Turner Bushnell wrote, “[t]he settlers occupy the stage; the natives stand in the wings.”1)Amy Turner Bushnell, “Indigenous America and the Limits of the Atlantic World, 1493–1825,” in Atlantic History: A Critical Appraisal, ed., Jack P. Greene and Philip D. Morgan (New York: Oxford University Press, 2009) 212. Declensionist narratives of Native Americans and Indigenous peoples also designate a false role for Natives to play in our collective histories. Although rendered visible, declensionist narratives portray Native peoples in perpetual or inevitable decline. In declensionist narratives, Native Americans’ and Indigenous peoples’ interactions with Europeans are characterized by resistance and conflict, there is no room for adaptation, adoption, invention, and creation. Both narratives of Native erasure and declension obscure the myriad ways that Native peoples continue to shape the history of Early America and the United States.

Designing the course backwards from that one big question, allowed me to center the students’ learning goals around applying what they learn in the course to answer the one big question. Students know what the midterm and final are asking before the course begins. Designing the course this way also speaks to what Dr. Kevin Gannon discussed on this blog in “Some Thoughts About Alignment.” I am no longer asking students to remember specific content about the history of Early America, but I am asking students to create connections between primary and secondary sources to say what they think those materials together say about Native history and Early America. Much of this is not novel, but is one way to approach teaching this content.

Centering the course around Native experiences and engaging with primary and secondary sources also functions as an introduction to the historical profession. I have found that demonstrating how to analyze primary sources and connecting those questions to secondary readings shows students how to create their own connections, implement primary sources in their own analyses, and analyze how historians create interpretations. Historians often say that we want to show students the value of critical thinking and help students become responsible for their own education in doing so. But part of that expectation must involve showing students how to do those types of analyses. For this reason, once a week we spend class time examining primary sources together. In a future post this Fall, I will discuss in detail the value I believe is derived from these exercises.

After constructing the course around what Native history teaches us about Early America, I had to decide what content to cover and what to release. I tried to move beyond my own expertise on Native peoples in southeastern North America and doing so I focused our content on some important themes that loosely followed our chronology. Focusing on Native origin stories, cosmologies and lifeways, gift-exchange and diplomacy allowed us to center Native actors in pre-contact and early contact periods across the continent. I wanted to center Native practices and beliefs before we began to explain change and continuity after the European invasion. Differences between Wendat and Haudenosaunee worldviews shaped their internal politics and interactions with neighbors. Differences between Natchez and Caddoan social organization shaped their diplomatic and ceremonial rituals. These distinctions reveal the complexity and diversity of Native societies. Furthermore, because students already learned about some aspects of Native cultures, this helps to reposition Native actors as proactive and adaptive in their interactions with Europeans, instead of reactive. As themes of trade, violence, slavery, genocide, religion, and racialization emerge in the primary and secondary sources, students begin to move into periods of the history of early America that are more familiar. Native perspectives reframe and challenge students’ ideas about what is familiar. The goal of this structure is to demonstrate that we can answer our one big question about the history of early America by focusing on Native peoples. Through this process, it should become increasingly difficult for students to discuss the history of early America and the United States without considering Native perspectives and Native actors. This may allow us to even challenge what early America means and who Americans are.